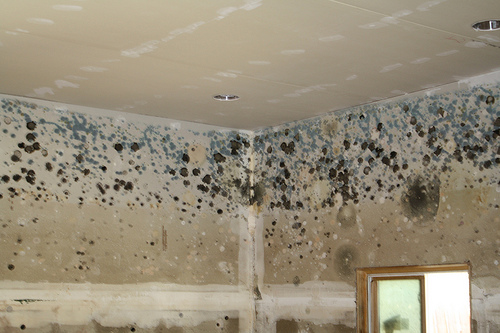 Everybody can agree that having a healthy indoor environment is the most important thing in a house. This in the consideration that many guys spend a lot of their time indoors, in the house and its environment, in schools/colleges or in the office; this will have a huge impact on the general health of them. The contaminants that are present in the environment may lead to some negative health effects. The main contaminant found indoor is mold, which is an air-borne fungus. One may not realize easily if their house or office has mold until a thorough mold testing is carried out.

The existence of mold can lead to many health complications that range from minor allergies to extreme problems. The bad side of it is that mold ismold-in-house usually not self-evident. Suppose the fungus is present in areas that can’t be easily seen, it can be ascertained only via allergic reactions that appear in people who live around that area. Due to this, professionals have been called to take out the mold from areas affected. In extreme cases however, the mold allergies can prove fatal due to the toxic exposure of the fungus that finally may lead to death. This is the reason why it is important to take mold testing in offices, schools or at home.

A lot of mold is available; some are beneficial while many of them are lethal to human health. They may speed up many allergic reactions in the human body. When it is in its mild state, the spores of mold may lead to signs and symptoms of flu or cold; whereas when it is in its extreme form, the allergic reactions may speed up many changes that can’t be treated easily. The allergy in some people could lead to nervous systemdamages, kidney failure, skin sensitivity and even problems with the immune system. The most common people who are vulnerable to suffer from disorders of immunity are young children and the elderly. One may inhale the mold in the air into their body system, or swallow something infected with the mold or have a direct skin contact of the fungus; this will need a number of tests to ensure the root cause of the problem and possibly get the traces of the mold allergy.

The fungus can grow on any surface that is damp which includes the ceiling, walls and roof as well. The reason of it being microscopic, the spores of mild can fill the air around the home environment and the residents cannot know if it is present until a test is carried on.

At times, people wrongly believe that they are able to detect the existence of mold by noticing the infestation of it on walls, ceilings and other regions. It is however not easy to observe the presence of the substance until the infestation has reached extreme levels.

This clearly shows that having a regular mold testing is important and vital enough in order to eliminate the mold that live in the surroundings of human beings.

GET A FREE QUOTE